Murder and Ghosts on Sale!

In the early part of this century (good grief that makes me sound old) I was a member of the Western Society for Paranormal Research. The organizer of the group is a PhD. who taught at the local Community College. I went on several ghost investigations in Bisbee, Tombstone, and Prescott, Arizona. While some of our equipment was the same as they used on Ghost Hunters, our protocol was very different–but we weren’t trying to make an exciting TV show. Sadly, the group disbanded, but while it existed I learned a lot about paranormal phenomena and had a couple of interesting experiences which weren’t easy to explain 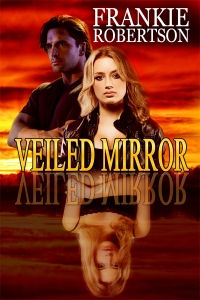 away. I drew upon some of that as inspiration for VEILED MIRROR.

If you haven’t read it yet, VEILED MIRROR  is a paranormal romantic suspense and the kindle version is on sale this week for only 99 cents.  If you’ve already read it, Thank You!  Please let me know what you thought of it by leaving a review on Amazon and share your opinion with other readers.

Raised by a father who never recovered from his wife’s death, Beth and Ellie have always been close. So when Ellie’s husband, Chris, dies unexpectedly, Beth flies to her twin’s side to support her through her grief. But Ellie doesn’t accept the sheriff’s finding that her husband’s death was an accident. She believes he was murdered and she wants Beth to help her prove it. Beth is doubtful. Grief drove their father off the deep end, and she fears Ellie may be following in his footsteps.

Then tragedy strikes again, forcing Beth to accept help from beyond the grave to find a killer.

Get your copy of VEILED MIRROR for 75% off the regular price!

This site uses Akismet to reduce spam. Learn how your comment data is processed.